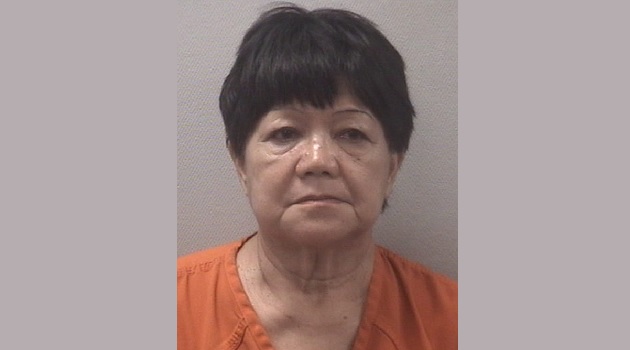 Town of Lexington Police Chief Terrence Green has announced the arrest of Maria Lim Smith, age 70 of Lexington. She was charged with Purchasing Stolen Goods from an Agent of Law Enforcement, a value greater than $2,000 but less than $10,000.

In early August 2018, detectives of the Lexington Police Department began working on a series of shoplifting cases that involved over-the-counter medications and other merchandise that had been stolen from several businesses in the Town of Lexington. Through their investigation, they were able to identify several subjects who were shoplifting about $3,000-$5,000 of merchandise each week in the Town of Lexington and Lexington County to support a dependency on heroin.

As a result of this investigation, detectives were able to identify Smith as she was known to purchases stolen goods from those who shoplift, giving them a small percentage of the retail value as payment. She would then re-sell the stolen merchandise at the US #1 Metro Flea Market on Augusta Road in Lexington County, South Carolina and to other buyers around the state.

Detectives of the Lexington Police Department, one who is an agent of the Lexington County Multi-Agency Narcotics Enforcement Team, began working with corporate asset protection investigators who provided merchandise and other support to further this investigation. Over the course of several weeks, detectives and asset protection investigators conducted a series of successful controlled sales of merchandise, valued at about $5,000 in total, which was presented by confidential informants as being stolen to Smith during each transaction.

Search warrants were executed at the US #1 Metro Flea Market, along with the residence and vehicle owned by Smith, where more than $15,000 worth of stolen merchandise was recovered. The items recovered were mainly over-the-counter medications and personal hygiene items.