Chapin being considered for historical designation 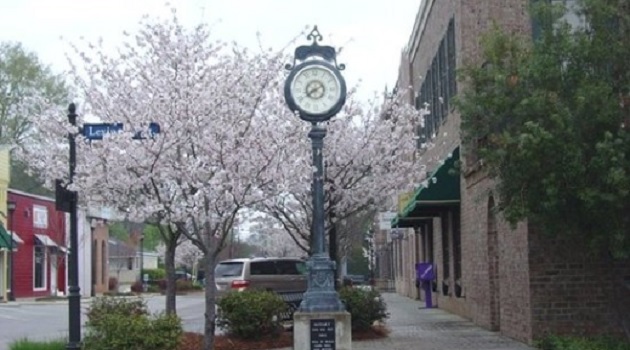 The Chapin Historical Association (CHA), in concert with the Town of Chapin and the South Carolina Department of Archives and History (SCDAH), has begun the formal nomination process to secure a National Register designation for the Chapin Commercial Historic District.

The National Register designation is primarily an honor bestowed by the State and the Federal government. The proposed district includes ten buildings located in the downtown area along Beaufort Street, Clark Street, Lexington Avenue and Chapin Road.

In December, Requests for Proposals (RFP) were sent to qualified consultants to select the representative that would be used for the formal nomination process. Last week, the selection committee tapped Dr. Eric Plaag, Principal Consultant, Carolina Historical Consulting to represent us in this effort. Plaag has his PHD in American History from the University of South Carolina and has completed more than 20 NAHP and local historic designation, nominations and evaluations.

This Monday, February 4, the CHA invites the public to Chapin Town Hall for a public information session at 6 pm to introduce the project and answer questions from those in attendance. Any individuals whose oral history commentary, historic images and historic documents might be of a valuable resource to Plaag’s research of the buildings themselves should attend this session. The information will help to define the role Chapin played in the developmental history of the larger, so-called Dutch Fork historic region and Lexington County.

Chapin’s effort to win this designation has been in the making for nearly three years. In the SCDAH’s initial opinion letter they stated:

“… It appeared that the composition of the district has changed relatively little since at least 1934. There are a few instances of non-historic infill but, for the most part, the buildings that remain represent the core of Chapin’s historical commercial center. That the district retains its historical composition was particularly important given its relatively small size. When considering whether these few buildings represented an eligible district, it was important for us to understand that Chapin’s commercial district was always small in size and so what remains is largely what existed historically.” (Foley, 2016)