VFW Post to Honor Three Who Gave All on Memorial Day 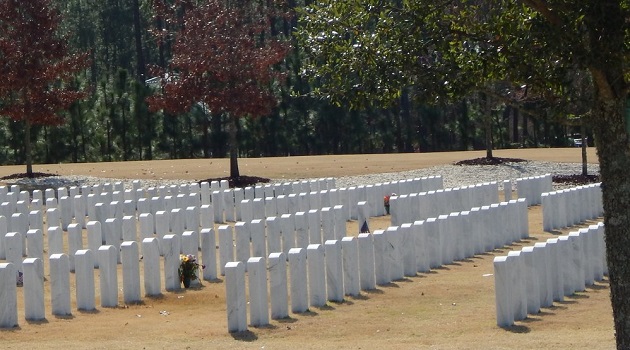 Every year, on the last Monday in May, Americans pause to reflect on those brave men and women who risked life and limb in the face of grave danger. We remember those who left the comforts of home to fight for us and our freedom…. but never returned …. to trade the title of Soldier, Sailor, Airman, Coast Guardsman, or Marine for the title – Veteran. That’s the key element that separates Memorial Day from Veterans Day.

Those who have given their lives in service to this nation are, indisputably…….HEROES. When their country called, they answered. Some volunteered and some were “volun-told”. Regardless of how they entered military service, the families of all American heroes who have been killed in action or died from wounds and illnesses which resulted from active duty, and those who remain missing in action, are members of a club that no one asks to join. While service members and their families understand and accept the risks they take to serve our great nation, nothing can fully prepare a KIA/MIA family for that knock on the door.

With that in mind, Lake Murray VFW Post 6740 is hosting a unique ceremony on Memorial Day, May 27, 2019 that will recognize and honor 176 soldiers from all over Lexington County who have given their lives on foreign soil since WORLD WAR I. And, the spotlight of the event will be focused on three local heroes from Leesville who died in action in Vietnam just over 50 years ago. They are:

PFC Derrick and PFC Oxner both attended Batesburg-Leesville High School prior to their deployment. SP4 Oliver lived in the School District One area of Leesville and attended Gilbert High School.

Each of these men will receive special recognition as a “True Patriot Hero” of the Batesburg-Leesville/Gilbert/Lake Murray community……………honor that is long overdue for their sacrifices defending our freedom over 50 years ago in the jungles of Vietnam.

Additionally, 173 other native sons of Lexington County will be recognized and honored as follows:

The live ceremony will be held on site at Lake Murray VFW Post 6740, 950 Rock N Creek Road, Leesville SC on Memorial Day morning, May 27th beginning at 10:00 AM. It will include special music and presentations to the families of the three local heroes.

Courtesy of Celebrate Freedom Foundation of West Columbia, a special appearance is expected from “Maggie” – a fully restored AG-1 Cobra attack helicopter that has flown numerous missions with the Marines over both Desert Storm and Grenada.

The public is cordially invited and encouraged to attend this very special Memorial Day ceremony. A light complimentary breakfast will be served at the conclusion of the event.