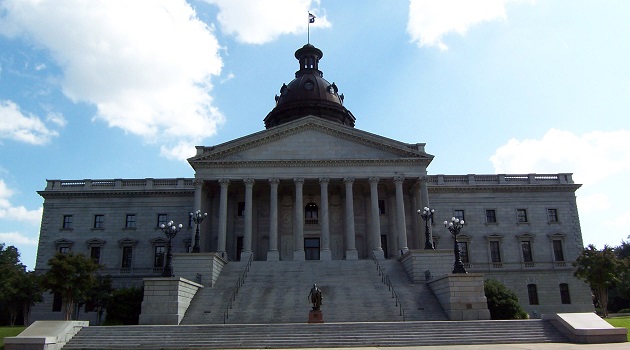 The House gaveled to a close this week after dozens of bills and the Sine Die Resolution passed both the House and Senate. This was the first year of a two-year session that focused primarily on transformative education reform, presenting a balanced and efficient budget, solutions for Santee Cooper, and the pro-life ‘Heartbeat’ legislation. Although regular session has ended, we will continue to work over the next few weeks in conference committees. We will return in two weeks for a special session to discuss Santee Cooper, vote on the budget, and receive any vetoes from Governor McMaster.

We passed dozens of bills this week, here are some of the highlights. Be on the lookout over the next few weeks for a full legislative wrap up.

Just in the nick of time, the Senate passed a House bill that will allow the Carolina Panthers to move their practice facilities across the border into South Carolina. This bill gives professional sports teams the same incentives the state gives other companies. The Department of Commerce projects the economic impact of the Panthers moving to South Carolina to be billions of dollars in the first fifteen years.

The legislature is in the process of deciding the next step for Santee Cooper in wake of the $9 billion debt accumulated from the failed VC Summer nuclear plant by the state-owned utility. When we come back on May 20th, we will consider a joint resolution that would accept binding offers from companies interested in purchasing Santee Cooper as well as offers from companies interested in managing Santee Cooper.  In addition, the resolution would also ask the utility to submit its own plan on how they would improve Santee Cooper if allowed to maintain ownership. If the joint resolution passes, the State Department of Administration will be charged with evaluating offers from these companies to bring the best proposal to the General Assembly to consider.

We continue to put forward sound policy that allows South Carolina to combat the opioid epidemic. We have passed numerous bills this week that will aid in this effort. One of the bills establishes a prescription monitoring program that will give data to doctors in an effort to battle opioid addiction. Another bill will require the use of e-prescriptions in South Carolina which will help eliminate fraudulent prescriptions.

This week we passed a bill that addresses school classroom size. Districts can ask for a waiver that allows them to go over the max student to teacher ratio, but they have to prove they have neither the teacher capacity nor the money to do it. Other education legislation that passed this year will increase teacher pay ensuring we attract and retain our best and brightest teachers.

The Energy Freedom Act passed the legislature this week and now heads to the Governor’s office to be signed into law. This bill Expands rooftop solar energy by removing the existing 2% net-metering cap, allows solar customers to be compensated for the energy they produce and send back to the grid, establishes a regulatory structure for future solar energy to compete with larger utility companies. The passing of this legislation will save more than 3,000 solar jobs already created in our state.

In the wake of the tragedy involving the killing of Samantha Josephson, a University of South Carolina student, the legislature has passed The Samantha Josephson Rideshare Safety Act. The bill requires rideshare drivers to display license plate numbers on the front of their cars.