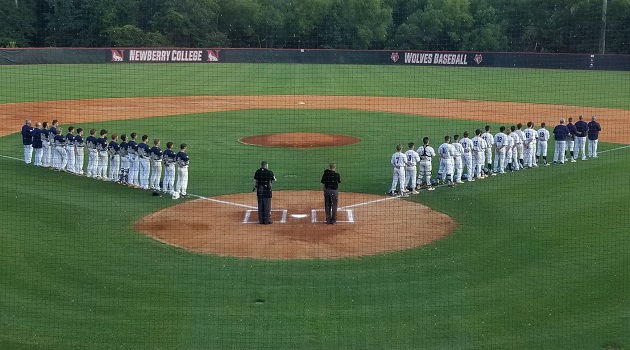 After qualifying for the American Legion Baseball state playoffs again this year, Chapin-Newberry Post 193-24 got the games started on the road Monday against Easley Post 52.

Playing this first stage of the postseason in the best-two-of-three format, Chapin-Newberry (CN) and Easley had come to a deadlock after Tuesday’s game at the Newberry College Smith Road Sports Complex: Post 193-24 won at Easley on Monday, and Post 52 won at Newberry on Tuesday.

At Easley’s Alice Mill Park Monday, CN took an early 1-run lead when Bryce Medlock scored first for the team, but then Easley tied it in the third inning with a run of its own. But that didn’t last for long.

According to information posted by the team, with two outs already recorded in the top of the fourth inning, Price Alexander hit a 2-run RBI to give Post 193-24 a 3-1 lead.

That didn’t stand for long either.

In the top of the fifth Jackie Stroud stretched the CN lead further when he hit a 2-run triple to make it 6-1, Post 193-24 leads.

And — with Trent Polly pitching a complete game for CN — that did stand until the end of the game when Chapin-Newberry took the 1-0 lead in the best-of-three series and both teams headed for Newberry for Tuesday’s Game Two.

There it was all tied-up after nine innings and remained deadlocked until the 12th when Post 52 broke the tie and earned the 6-4 Game Two victory to send it back to Easley Wednesday for the all-important, deciding Game Three.

By now, Thursday, either Chapin-Newberry or Easley would have won that game and be set to take on Greer Post 115 in the second phase of the state tournament. That starts Monday and runs, if necessary, through Friday with teams alternating game sites (their home fields) through the series.