By: John
In: Community News, Military 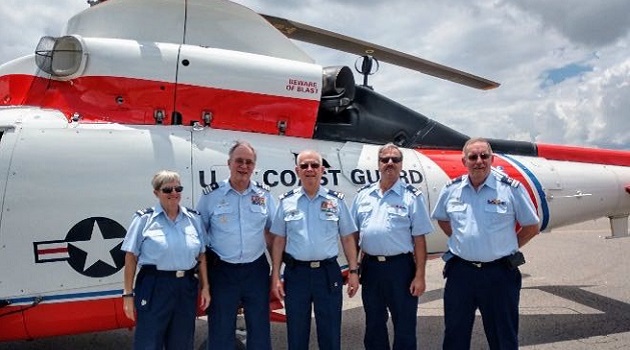 A Coast Guard MH65D helicopter arrived at Owens Field in Columbia the morning of July 10.

Brock’s presentation included information on the training of flight officers in the Coast Guard and the types of missions he and his crew and had flown. Their primary purpose involves Search and Rescue. After the presentation to the Navy League meeting, there was time for questions, and everyone was invited to see the helicopter and ask additional questions. When the questions and explanations were completed, the flight crew proceeded on the rest of their mission for the day. They were scheduled to fly to Richland Memorial Hospital to check out the helipad and then to Augusta to examine helicopter facilities their hospitals. The flights were part of the mission to check facilities and promote cooperation between the Coast Guard and civilian facilities in emergency situations.

After the completion of the Augusta leg of the flight, they were scheduled to return to Coast Guard Air Station Savannah.