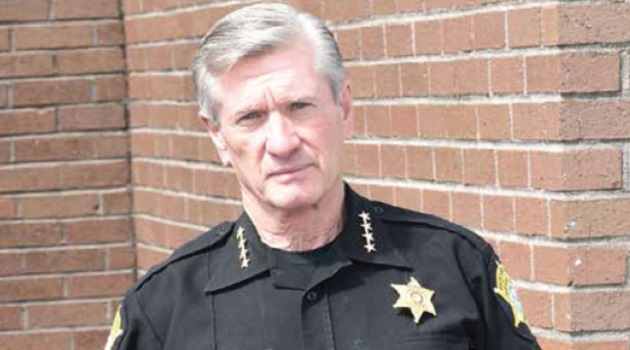 It has been a testing two weeks for the Richland County Sheriff’s Dept. (RCSD). First was the successful RCSD-led sting operation, Aug. 5-10, targeting online sexual predators – “monsters” as Richland County Sheriff Leon Lott refers to them – and those soliciting prostitution, followed by an unrelated Aug. 15 bank robbery in which suspects led RCSD deputies on a harrowing chase through neighborhoods in northeast Columbia, shots were exchanged, one bad guy was wounded, and all three were captured.

The sexual predator-prostitution sting was a five-day multi-agency operation which led to the issuance of 28 warrants including 14 arrested for prostitution, five arrested for solicitation of or sexual exploitation of a minor, and nine still at-large.

Dubbed RELENTLESS GUARDIAN, the operation was conducted by law enforcement officers clandestinely posing as preteen and teenage girls in Internet chat rooms and on gaming apps. The child-sex predators, also known as “travelers” because they travel from one area to the next in search of victims – often crossing state lines – began with the predators communicating online with persons whom they believed were girls between the ages of 11 and 14.

According to RCSD officials, suspects will often share pictures of themselves or request pictures. Suspects then travel to what they believe is a young girl’s home when the child’s parents are supposedly away. The trap is then set.

“The predators won’t meet any young girls,” says Lott. “They’ll meet us. The problem is, these monsters do this as a matter of course. This is not their first time.”

Nor is RELENTLESS GUARDIAN the first such-operation led by RCSD and conducted by the South Carolina INTERNET CRIMES AGAINST CHILDREN (ICAC) Task Force. Last year, RCSD led another such-operation dubbed FULL ARMOR in which 38 were arrested (18 persons suspected of being child predators and another 20 for prostitution).

ICAC is composed of RCSD – under the operational direction of RCSD Senior Investigator Melissa Perry – the U.S. Marshal’s Service, the U.S. Secret Service, the U.S. Dept. of Homeland Security, the S.C. Attorney General’s office, the U.S. Attorney for South Carolina, and other involved police departments or sheriff’s offices within the state.

According to Yturria, though the FBI was not directly involved in the operation, the cases of those suspects who travelled from other states like Georgia and Florida will be turned over to federal prosecutors.

“Relentless Guardian, like operation Full Armor in July 2018, was very successful,” says Lott. “And it is still an ongoing effort.”

Yturria adds, “Since our operation last year, ICAC has also conducted operations in Greenville, Myrtle Beach, down in the Lowcountry and elsewhere.”