Wilson on his annual bus tour 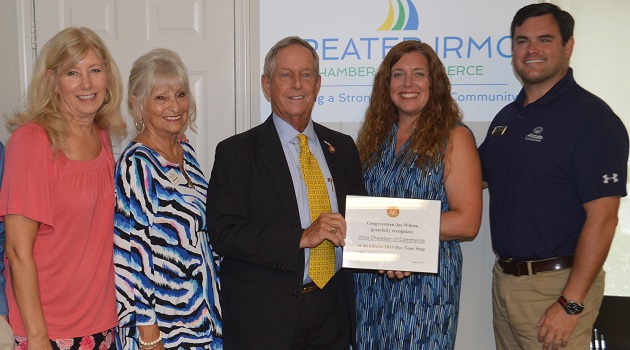 Congressman Joe Wilson visited the Greater Irmo Chamber of Commerce August 27. He spoke to the crowd about his work in Washington DC and notably a bill he’s authored that will end the so-called ‘widow’s tax’, which is a dollar to dollar offset of payments between the Survivor Benefit Plan and the Dependency and Indemity Compensation program. The bill would eliminate much of the costs and effects more than 65,000 widows and widowers.

On August 26 Wilson embarked on his annual district Bus Tour. Wilson is traveling to all five counties of South Carolina’s Second Congressional District to visit with constituents, discuss their concerns, and share updates on his work in Congress.

“Every day, I am humbled and inspired by the incredible community I represent,” said Wilson as he addressed members of the Greater Irmo Chamber of Commerce. “I am grateful for the opportunity to listen to your questions, concerns, and ideas, and to share updates on my work in Congress with you.”