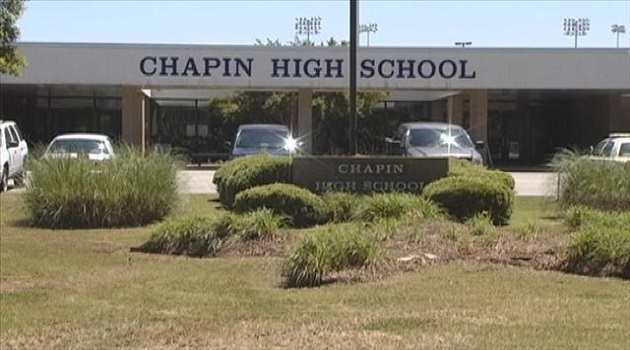 LEXINGTON, S.C. – A Chapin High School student has been charged after making a comment in reference to an upcoming school shooting.

“A parent whose child overhead the threat on a bus notified the Chapin High School Resource Officer about the incident,” Lexington County Sheriff Jay Koon said. “Deputies responded immediately and determined the student had no weapons in his possession.”

Investigators interviewed the teen, whose name will not be released because he’s under the age of 17, after he made a statement to a classmate about ‘shooting up the school,’ according to Sheriff Koon.

Per state statute, the student is charged with making threats to a school. He’s been released to the custody of his parents and will appear in Lexington County Family Court at a later date.