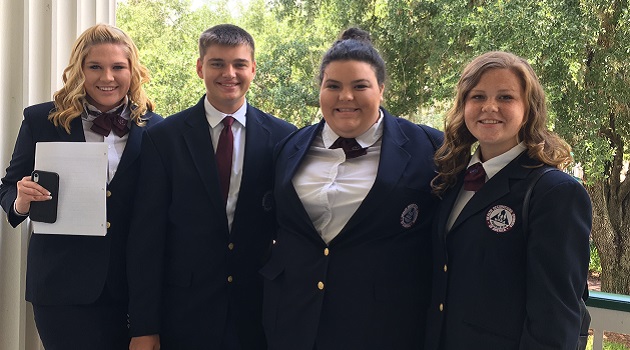 Members of Gilbert High School’s HOSA chapter debated their way to an international achievement this June.

The annual competition draws future medical professionals from around the world, with about 10,000 students vying for awards in areas of dental terminology, forensic science and more.

GHS’s team began preparing their affirmative and negative responses to the debate topic “Pain Management: Opioids are the best solution.” this past fall, finishing third at the state HOSA competition.

The quartet collaborated and practice ahead of the international event, where they debated against teams from the United States, U.S. territories, Canada, Mexico and China.