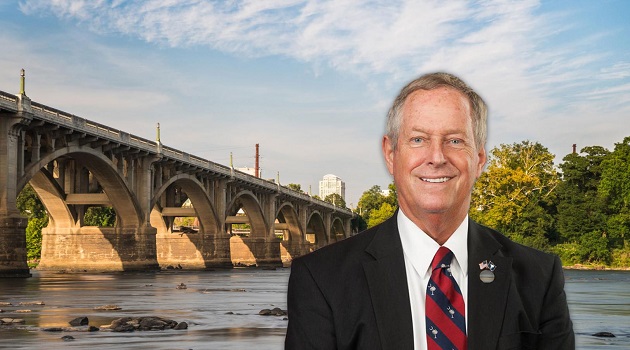 “Fort Jackson trains more than 60% of all women entering the Army each year. Women deserve the proper fitting personal protective equipment from the day they enter the military – not just when deploying. Our military’s readiness depends on Soldiers, Airmen, Marines, and Sailors to ‘train like they fight.’ This bill will expedite the procuring and fielding of new generation equipment that better protects females,” said Congressman Joe Wilson. “I’m grateful to work to reduce injuries to all of our brave service members by ensuring they have the right equipment from day one. This bill will improve overall combat effectiveness while increasing our military’s readiness.”

“In the Navy, pilots are required to wear dry suits – waterproof equipment with neck and wrist seals – when the water goes below a certain temperature. I couldn’t fly when that happened because the standard wrist seals were too big, and my suit would not have functioned properly,” said Congresswoman Mikie Sherrill. “I am pleased to work with Representative Wilson on this bill that will push DoD to develop personal protective equipment that better fits and protects all service members, particularly women. This bill also directs DoD to collaborate with academia and industry to ensure our nation is on the cutting edge when it comes to keeping our troops safe.”

“I commend Congressman Wilson’s efforts to ensure America sends her daughters to war with equipment that unleashes their full potential when facing the nation’s enemies in combat,” said Congressman Trent Kelly. “Our female service members deserve to be equipped properly from day one of their service in order to prevent injury and so that they can train as they fight.”

“I am proud to be an original cosponsor to the Body Armor Modernization for Females Act and have the opportunity to work with a bipartisan team in both the House and the Senate on this important issue,” said Congresswoman Elise Stefanik. “As women take on more roles within the increasingly diverse Armed Forces, it is important that we equip service members of all shapes and sizes with properly fitting protective gear. This bill aims for every soldier to be outfitted with the right equipment so she can ‘train as she fights.’ I’m proud to work with my colleagues to lean forward with the next steps of fielding the next generation of protective equipment.”

“As a Brigadier General, I’m seeing the military evolve before our eyes – there are over 200,000 women in the Armed Forces, and with combat roles now open to women, that number is only going to grow,” said Congressman Steve Stivers. “As a Member of a Congress it is my duty to make sure all American soldiers, sailors, airmen and Marines have the tools necessary to be mission capable,” said Stivers. “I am glad this legislation recognizes this and will provide our servicewomen with the proper gear they need to protect them and prevent potential injuries.”

“Women continue to make strides in serving in critical roles within our nation’s military. As a woman who served in combat and commanded troops during Operation Iraqi Freedom, and with my own daughter who is going through training right now at West Point, I understand just how important it is for all service members to be properly equipped for the battlefield,” said Senator Ernst, chairman of the Senate Armed Services Subcommittee on Emerging Threats and Capabilities. “Right now, female service members are facing injuries due to ill-fitting equipment. We must do better for our military men and women. This commonsense, bipartisan proposal is a step toward ensuring adequate and proper-fitting equipment is readily available to our female servicemembers to ensure their readiness, survivability, and effectiveness in combat.”