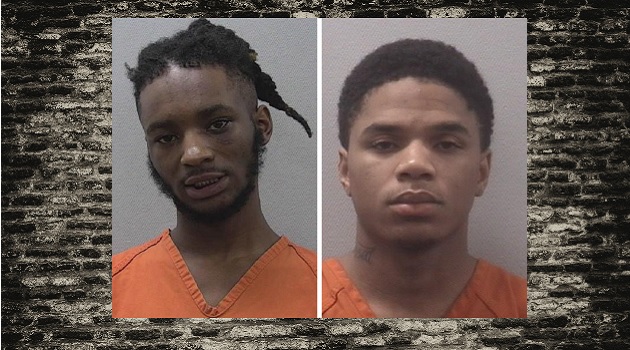 One suspect is in custody and another is being sought in connection to a drive-by shooting in a Lexington subdivision earlier this month.

“Based on evidence collected from the scene, detectives have determined Simms and Harris fired multiple shots from their car at two people standing in front of a Blue Lake Lane home Aug. 2,” Lexington County Sheriff Jay Koon said. “It all started after a dispute over money. One person was shot in the lower body and, although he was transported by EMS, we’re told he’ll make a full recovery.”

Investigators are actively searching for Harris, according to Koon.

“We want to hear from anybody who knows where he might be,” Koon said. “Crimestoppers is always anonymous and it’s the best way to share that information with us. Call 888-274-6372 or use the Crimestoppers app. If your tip leads to an arrest, you could be eligible for a cash reward.”

Simms is being held in the Lexington County Detention Center after a magistrate judge denied him bond.