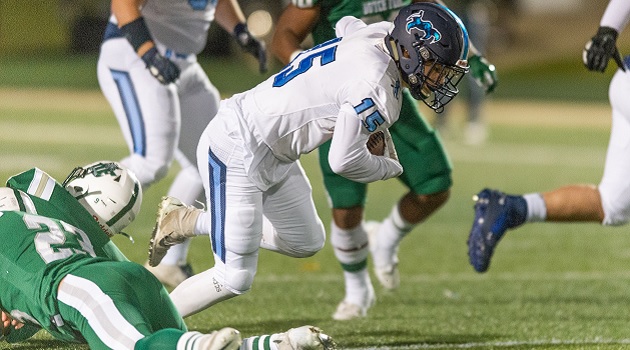 The Eagles opened the abbreviated football season with a non-region home game against Lower Richland, and they started to get it under control late in the first half to finish it 47-26 over the Diamond Hornets in a come-from-behind effort that paid off.

Chapin trailed Lower Richland 26-13 in the second quarter, but then began the comeback with a touchdown (TD) on a pass play, and, with a good extra point kick, the Eagles were within seven points of taking the lead just before the half.

And they did. With a TD on a short run Chapin took a 27-26 lead early in the second half and continued to dominate the scoreboard until it was over. That starts the Eagles at 1-0 overall and 0-0 in the region as they look to this week’s first conference game, and it’s on the road — but not too far away.

The Eagles will visit Dutch Fork Friday at 7:30 pm to take on the defending 5A state champion Silver Foxes in their first Region 5-5A matchup of the season. It’s also a District Five rival game, and Chapin will be working to extend its winning ways into the region competition.

Dutch Fork is 1-0, 1-0 after defeating region opponent White Knoll 66-0 in the season opener last week, and the Silver Foxes will, no doubt, be making plans to defend their successful start as they prepare for the Eagles’ visit on Friday.