By: John
In: Recreation 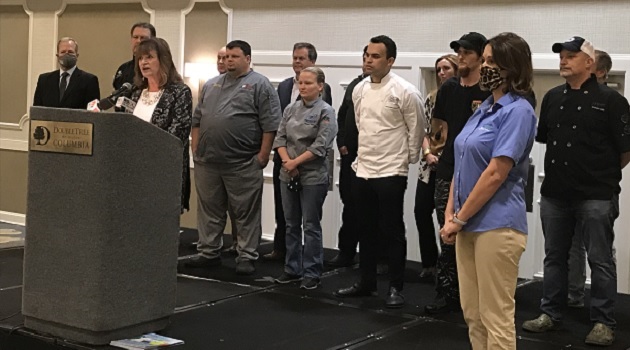 The 14th Capital City/Lake Murray Tourism’s Taste of Lake Murray will become a qualifying event for the World Food Championship to be held in Dallas, Texas in November of 2021.

Seven chefs from the midlands will be chosen at the Taste of Lake Murray event to represent Team Lake Murray Country as they compete in ten categories for food, fame and fortune as major TV and food networks cover the five-day competitions with prizes totaling $350,000.

“We continue to see growth in our area’s culinary scene in spite of this pandemic,” said Miriam Atria, President/CEO of Capital City Lake Murray Country. “And our regional tourism board is encouraging and promoting our food scene onto a national level through partnering with the World Food Championship.”

The Taste of Lake Murray event will be an intense culinary battle for local cooks and restaurants to claim their spot on the newest WFC Regional team. The event will be hosted at the DoubleTree by Hilton in Columbia, where more than 20 chefs are expected to create samples for the event’s 800 patrons. The categories that will be up for grabs through the WFC Golden Ticket process are Bacon, Barbecue, Burger, Chef, Dessert, Recipe, Sandwich, Seafood, Soup and Steak. Thanks to WFC’s growing state and regional partnerships, the development of competitive teams from a strategic area has continued to grow. This latest team addition for South Carolina will join a group of teams from Alabama, Missouri, Texas, Tennessee, Maryland and Indiana, where the previous Final Table event was held and Lidia Haddadian was named the 8th World Food Champion.

“We really look forward to learning more about the cuisine and talent from Lake Murray Country,” said Mike McCloud, WFC President and CEO. “These strategic qualifiers not only highlight the great local cuisine from America’s diverse regions, but they end up giving new groups of chefs and cooks a chance to develop life-long friends at WFC that share the same passion and purpose of food through competition.”

The chefs chosen in Dallas will continue to the Final Table Event which will be held in the spring of 2022. At this event, one chef will be awarded $100,000.

“In 2019 more than 450 culinary teams competed in the World Food Championship,” said Mike McCloud, President/CEO of WFC. “Thirty TV food careers, sixty plus world champions and more than $2.5 million went out to the chefs.”

More information on Taste of Lake Murray can be found at LakeMurrayCountry.com.