By: John
In: Entertainment 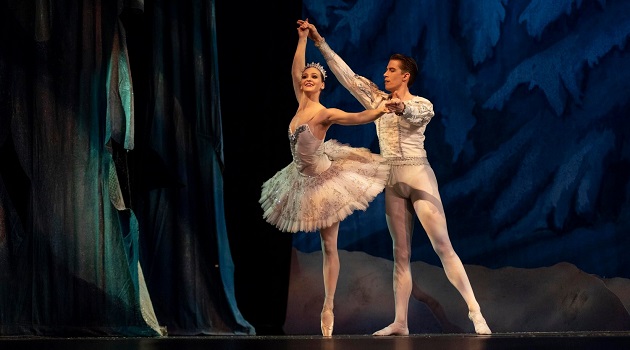 Founded in 1961, Columbia City Ballet has grown into an icon of performing arts in the Palmetto State.

“Seeing this company fully mature has been one of the biggest joys of my life,” Executive and Artistic Director William Starrett said. As an internationally acclaimed dancer and choreographer who got his start at Canada’s Royal Winnipeg Ballet and NYC American Ballet Theatre under the direction of both Lucia Chase and Mikhail Baryshnikov, Starrett’s career has been devoted to the art. “Ballet is so much more than words – it is combining the human body and spirit as the art itself – and I’ve given my life in the service of bringing this city the art it deserves.”

Initially a community dance group staging only two performances a year, Columbia City Ballet has transformed itself into South Carolina’s largest professional performing arts organization with 28 professional dancers, and a rigorous performance and touring schedule that rivals any professional arts company in the Southeast.

Among the most notable milestones in its extensive history, in 1986, Columbia City Ballet appointed Starrett as Artistic Director. The following year, Columbia City Ballet received the Elizabeth O’Neil Verner Award, the most prestigious arts award in South Carolina. In 1989, Columbia City Ballet consolidated its operations under one roof on Columbia’s Main Street, renting rehearsal, administrative, and costume warehousing spaces within the Columbia Conservatory of Dance building.

Beginning in 1989, Columbia City Ballet began performing at the Koger Center for the Performing Arts and has the distinction of clocking the most hours of any organization at that venue. In 1991, Starrett created the Educational Outreach Series which has educated more than a half million school children in the Southeast and which continues to be one of the few arts programs which is fully coordinated to SC state standards for arts education.

In 2005, Columbia City Ballet premiered Off the Wall & Onto the Stage: Dancing the Art of Jonathan Green, a revolutionary ballet exploring the Gullah culture of the South Carolina sea islands and which brings to life 22 of the paintings by renowned artist Jonathan Green. Off the Wall & Onto the Stage incorporates themes such as diversity, inclusiveness, and spirituality and continues to provide Columbia City Ballet opportunities for extensive touring throughout South Carolina, Georgia, Florida, Chicago, New York City and Washington, D.C.

It is also notable that during the holiday season, Columbia City Ballet’s production of Nutcracker has been a holiday tradition for the last 35 consecutive years. Even during the global COVID-19 pandemic, Columbia City Ballet found a way to perform this holiday favorite safely and responsibly with socially distanced audiences and COVID-19 safety protocols in place.

Later this year, Columbia City Ballet will be present Off the Wall and Onto the Stage: Dancing the Art of Jonathan Green on March 5-6; Cinderella on March 26-27; and Beatles: the Ballet on April 17th, all at the Koger Center for the Performing Arts. The 60th Anniversary Performance Season will conclude with a gala celebrating the company’s longevity and successes, following the 7:30 pm performance of Beatles, the Ballet on April 17th.