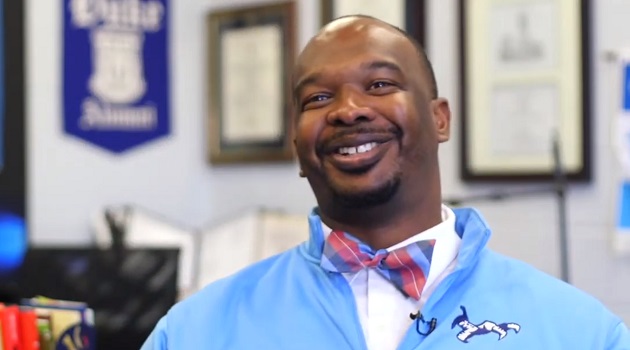 It’s a question many are raising as the school board begins a search for a new leader.
Asked by the Irmo News if he would take the permanent post, Ross said: “I would be honored.”

He said he loves the school district.

His interim contract agreement states that he may apply to become permanent superintendent at the end of his year-long interim term.

Ross was selected as interim superintendent in June after the surprise resignation of Superintendent Christina Melton. That resignation was not expected from the popular district leader who was named Superintendent of the Year in 2021. But there was widespread speculation that she was having difficulty getting the support she needed from the school board as she led the district through the difficult policy changes during the pandemic.

Ross is an education consultant and former Lexington-Richland 5 administrator who was named national Principal of the Year during his tenure at Chapin High School.

Board Chair Jan Hammond acknowledged Ross could be considered during the search process. But she said the board would be open to all candidates in the selection process.

Hammond said Ross is well-respected by the board.

Ross, who grew up in Washington, D.C., often recalls a setback that changed his life.

When he “flunked the third-grade” he decided to adopt a new outlook on his priorities in life.

He later played linebacker for Duke University, and went into teaching with the goal of also coaching football. But he decided to pursue a different path.

He taught social studies at Columbia’s Eau Claire High School, got his master’s in education from the University of South Carolina, and joined Chapin High as an assistant principal in 2005. In 2010, he was named principal at Chapin High and later took on an administrative position with the district.

He and his wife Jocelyn live in the Columbia area and have two children.

Some administrative changes are anticipated as Ross begins his supervision of the district.

The board has approved contracting with Angela Bain, a former human resources director with the district, as a consultant who will review the district’s administrative needs.

As the changes continued, there were news reports that the district’s director of communications, Katrina Goggins, is leaving the district. Other changes may be coming.