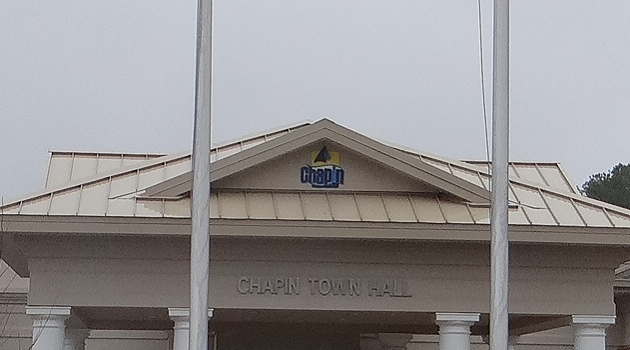 It’s hard to believe that Tuesday marked my twelfth and final council meeting of 2018. It has been a great year for the Town and Tuesday’s Council Meeting did not disappoint. We had two informative presentations as well as a proclamation.

Camden Meetze, Chapin High Student, presented her Gold Award project for the Girl Scouts. On December 15, she plans to build a butterfly garden at the Town Center Park to be located at Lexington Avenue and Chapin Road. Ms. Meetze will work with the Chapin Beautification Committee and Town Hall to make her vision a reality. We are very proud of all her hard work. Our community is filled with astounding young people such as Ms. Meetze. It is truly what makes our community one that is deserving of the reputation as a Community of Character.

It was an honor to proclaim December 7, as Chapin Arbor Day. This morning, in recognition of Arbor Day, the Chapin Garden Club planted a tree on the Town Hall grounds. The beautiful Forest Pansy Redbud is native to our area and was dedicated to the Chapin Times in honor of their legacy and commitment to the Chapin community. Dee Timmons couldn’t be there to accept the honor so former Mayor Stan Shealy accepted on their behalf.

Cindy Chin, Chair of the Chapin Garden Club, presented town employee, Anthony Andrade, with a certificate acknowledging his contributions and efforts planting and maintaining the trees and plants donated by the club to the community.  It was a beautiful ceremony recognizing the significant contribution that trees make to the health and vitality of our community. We thank Cindy Chin and the entire Chapin Garden Club for their ongoing commitment to beautifying the Chapin community.