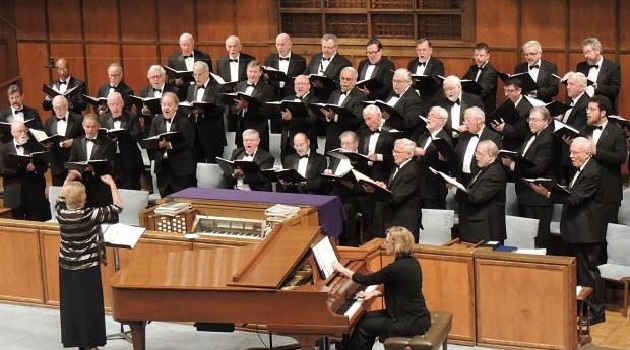 Hearts of Joy is the program’s theme. Tickets are $10 general admission and are available at www.palmettomastersingers.org, from any of the participating choirs, or at the door on the night of the concert.

Each choir will present a set of music, and then all will unite for the finale, Hope for Resolution, arranged by Paul Caldwell and Sean Ivory. A juxtaposition of the doctrinal hymn, Of the Father’s Love Begotten, with a South African freedom song, Thula sizwe, that celebrates diversity.

This year the Mastersingers have established a Masterscholars program, which provides financial aid to male college students in music studies. These students become part of the ensemble. The first recipients of this scholarship are John Andrew Felder, completing his doctoral degree in vocal performance, and Dwight Dockery, pursuing a doctorate in choral conducting.