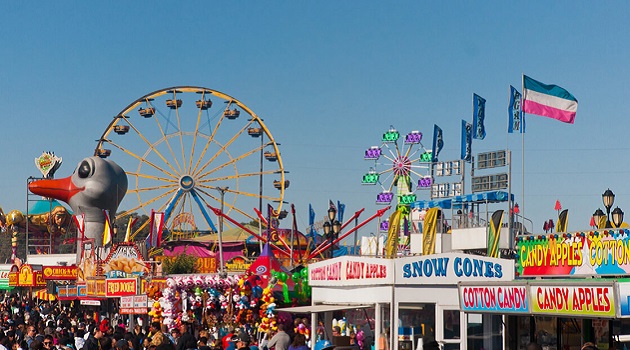 The South Carolina State Fair is adding a mix of new attractions to this year’s event in celebration of its 150th anniversary fair, which has been themed – Prize Winning Memories, October 9-20, in Columbia.

The S.C. State Fair will showcase a free, daily Circus at the Fair, featuring shows under a 1,300-seat big top with live performances including high-wire artists, daredevil motorists, clowns and more. The hour-long show will take place three times each day throughout the run of the fair. There is no additional cost for attending the circus, which is free with fair admission.

“We want to offer our patrons even more ways to enjoy the fair with their families this year, and this circus will combine a mix of the new with nostalgic entertainment that has captivated our state through the years,” said State Fair General Manager Nancy Smith.

“Our State Fair is a celebration of everything that is great about South Carolina, and we are excited to put that greatness on display again during our special 150th anniversary event,” Smith said.

Music will continue to play a central role in this year’s S.C. State Fair. There will be free, daily concerts in the 1,000-seat Pepsi Place arena featuring local and regional artists.

“Our musical acts have long been a mainstay in the S.C. State Fair’s entertainment lineup, and we wanted to build on this tradition by widening our net to include more home-grown artists,” Smith said.

Other notable features of this year’s fair include a special pictorial postal cancellation stamp marking the 150th anniversary, a history of the S.C. State Fair, and a display of fair memorabilia.

“We are always seeking ways to improve and enhance the fair each year,” said Smith. “The new attractions that prove to be most popular could be added to our list of traditional offerings in future years.”

There will be no price increases for this year’s S.C. State Fair.

Since its inception in 1869, the fair has continued to promote and celebrate its agricultural roots with a mix of entertainment, food, rides and educational activities while featuring artistic and agricultural exhibits and competitors from across South Carolina.

2019-05-29
Previous Post: Dominion Energy releases water into the Saluda for good cause
Next Post: Kindergarten registration available online, at school