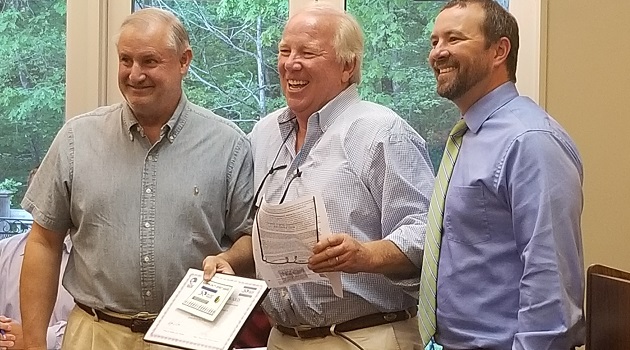 He started coaching youth football in 1978 at ICRC at Seven Oaks Park in Irmo and has coached all but 5 years since then (1987 – 1992) in the same 11-12 age group. As a coach he takes the time to learn about his players and helps shape them into athletes and helps instill a work ethic.

Bridges has also supported the agency by serving on the Saluda Shoals Park Foundation for the past 6 years. In his role on the foundation he was instrumental in securing $200,000 to sponsor the new athletic complex at Saluda Shoals Park East Palmetto Health Fields. He also helped obtain the financial sponsorships to obtain 12 scoreboards for athletic fields throughout the district, for a total of $48,000 in sponsorships. He is working on the SSP Foundation’s current project of building an inclusive playgroup for all of the children of the midlands to enjoy.

He continues working as a Strategic Plan Task Force Member to help ICRC develop a framework for the Commission’s operations and capital improvement over the next ten years.