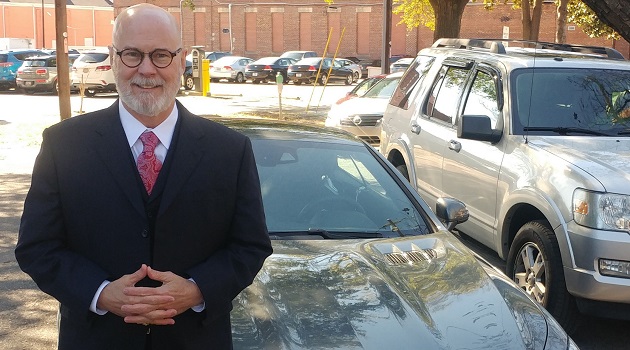 Attorney and global expedition leader Thomas S. Mullikin was presented a hand-made quilt from the Quilts of Valor Foundation for his singularly unique and distinguished military service during a ceremony at the Mullikin Law Offices in Camden, Thurs., May 30.

Joined by members of his family, friends, and law firm staff, Mullikin received the quilt from Anne Mixon, state coordinator for the national Quilts of Valor Foundation.

Mullikin was recognized for his service to both the state and the nation as a military officer both in-and-out of uniform for close to three decades beginning with his service as a JAG officer and a certified Army Master Fitness Trainer in the U.S. Army and culminating in his retirement as commander of the S.C. State Guard (SCSG) in Dec. 2018. It was during his time in the SCSG that Mullikin also served – in a civilian capacity – as special assistant to the Chief Prosecutor, Military Commissions, U.S. Department of Defense.

Mullikin has traveled to the veritable ends of the earth, climbing four of the world’s seven great summits and having led expeditions on all. He has also logged SCUBA dives in all the world’s oceans, including ice dives in the Arctic and Antarctic oceans.

Mullikin is a member of the Explorers Club, the London-based Royal Geographical Society, and he is a named-NATIONAL GEOGRAPHIC EXPERT. Last month, he was inducted into the S.C. Black Belt Hall of Fame, the Palmetto State’s premier martial arts society.