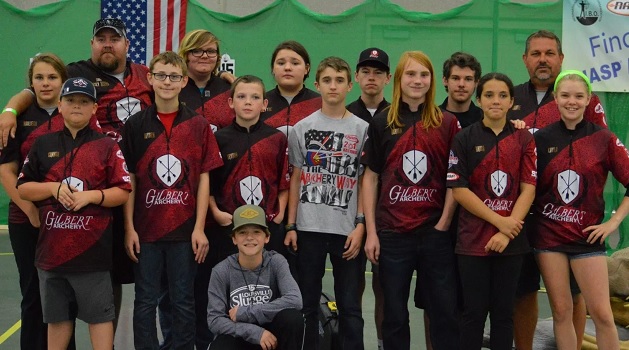 Carolina Springs Middle School’s archery team wrapped up its third year of competition on a high note thanks to support from the community.

The season featured archers competing in tournaments locally and around the state, winning five local events. CSMS finished second out of 17 teams at the South Carolina National Archery in the Schools Program Columbia Bullseye Middle and High Regional, followed by fifth place at the S.C. NASP Columbia IBO Regional. At the state bullseye tournament, the Huskies finished third in one of the closest tournaments in history, with the top five teams separated by only 15 points. This year’s team set a new school record with 3,289 points.

CSMS added to their season accomplishments with a fourth-place finish at the state IBO tournament. Impressive shooting at the state level earned CSMS a trip to the 2019 NASP Eastern Nationals for the second time in three years. In the individual bullseye standings, eighth grader Alex Massengill shot a personal best of 296 to finish third in the nation for middle school males. He competed in the national event after winning the S.C. NASP Bullseye Middle School Division state championship. CSMS would like to thank several local businesses and individuals for their support throughout the season, including The Surgery Center at Midlands Orthopaedics and Neurosurgery, Accumulus Financial Group, Coastal Interior Design, HydroPro Power Washing (in memory of Dorothy Childs), Law Offices of Adrian L. Falgione, and Sarah Adkins, 2018 Young Miss South Carolina.