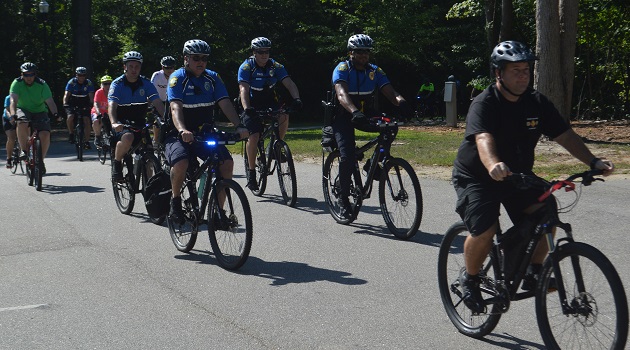 A law enforcement bike run was held July 13 starting in the Community Park of Irmo which involved several agencies from around the midlands.

Lexington County, City of Columbia, City of West Columbia and Irmo police departments all joined in as part of the Share the Road/Give Me 3 program bringing awareness to citizens about sharing the road with pedestrians and bicycles alike and allowing for a 3 foot clearance when passing.

Nearly 30 officers took to the streets from the Community Park in Irmo to the Police Academy located on Broad River Road.