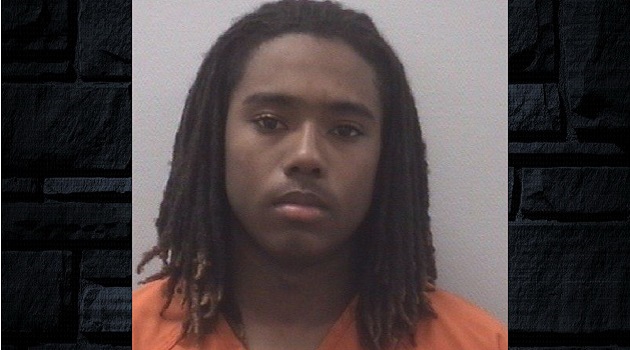 Kierin Marcellus Dennis, a 24 year old Lexington County man, was found guilty of the murder of Da’von Nathaniel Capers by a Lexington County jury after a six day trial. In reaching their verdict, the jury rejected Dennis’ claim of self-defense. The Honorable Eugene Griffith sentenced Dennis to 30 years in the South Carolina Department of Corrections. Under South Carolina Law, murder is classified as a “no parole” offense.

Upon leaving, students testified that one of Dennis’ friends threw money in the road separating Cook Out from another store, and told the Dutch Fork students “this is all y’all are worth”. As students ran into the road to collect the money, Dennis accelerated his Ford Explorer into the crowd of students, nearly hitting several of them.

Video showed a group of Dutch Fork students stood at Dennis’ window shouting at him. Students testified Dennis did not appear to be afraid, and taunted them saying, “You don’t won’t what I got.” He then nodded his head for them to step closer. As Capers stepped up, Dennis reached out the window and stabbed Capers in the chest with a knife. He then sped off. During the trial, witnesses testified Capers did not go into Dennis’ vehicle prior to the stabbing.

Capers was immediately taken by friends to the Lexington Urgent Care several blocks away from the Cook Out. He was then transported by Lexington EMS to the Lexington Medical Center where he was pronounced dead shortly after his arrival.  An autopsy was conducted by forensic pathologist Dr. Janice Ross of Newberry. Dr. Ross determined Capers was stabbed at a downward angle in the heart. During the trial, Dr. Ross testified the amount of force used was equivalent to stabbing through a two-inch steak.

Dennis left the Cook Out and returned home, where he immediately washed the clothes he was wearing. He later explained to police he wanted to be sure there was no evidence on his clothing. He also buried the murder weapon in a neighbor’s yard.

Upon his arrest, he initially denied stabbing Capers and repeatedly asked the investigator to let him see the evidence they had against him. Several days later, with his attorney present, he confessed that he had stabbed Capers, but claimed it was in self-defense. Early in the interview, Dennis described reaching out of the vehicle to stab Capers and then later stated it took place inside of the vehicle. At the end of the video-taped interview, Dennis said, “I guess I thought I would get away with it. Nobody gets away with murder.”

Following the trial, Solicitor Rick Hubbard said, “This has been a long, hard, five-year wait for the Capers family. We are truly grateful for the jury’s decision and pray the Capers and all of Da’von’s friends can begin to move forward with their lives.”