By: John Griggs
In: Entertainment 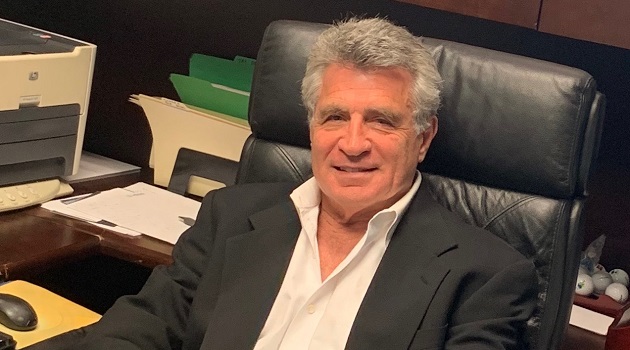 Bullying, like all forms of physical, mental, and emotional abuse, is one of the myriad threats facing our children today with upwards of 20-percent to nearly half of all school-age children experiencing varying degrees of the abuse in the classroom and on the playground, and at least 15-percent having to deal with a radically-weaponized version of bullying on social media. Bullying is a societal scourge that is far too-often underreported (some children feel ashamed to admit to having been bullied) with victims often carrying the emotional trauma with them for the rest of their lives. And far too many children have resorted to suicide as a way out. 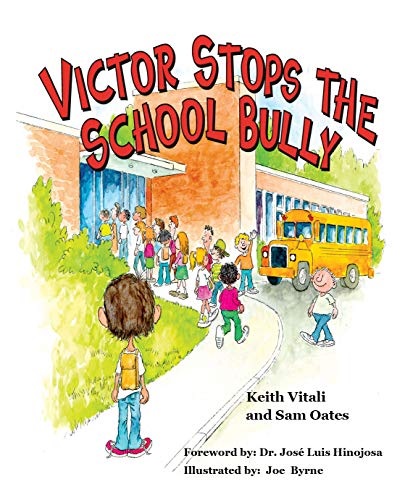 Co-authored with his third-grade grandson Sam Oates, Vitali tells the story of young Victor, a 10-year-old gold-belt karate student attending a new elementary school for the first time, looking forward to his new adventure – new teacher, new friends, and new surroundings – but he’s also naturally fearful of mean or threateningly aggressive kids who might see him as an easy-prey outsider or weak because of his niceness.

Victor is a kind-hearted, outgoing boy who loves sports, pizza, spaghetti and meatballs, and he’s armed with the life-lessons gleaned from his karate instructor, Mr. Mike: So-named for Vitali’s real-life friend Mike Genova, an accomplished martial arts instructor from Columbia. Throughout the story Victor reflects on the things Mr. Mike has taught him like “being yourself,” making friends, and always being a standup boy guided by personal integrity and honesty among other martial arts attributes.

Martial arts discipline is deftly woven into the book as Vitali, himself a 10th-degree black belt, shares with readers bully-countering methods through the experience of Victor. And Victor does encounter a bully, but he turns things around for the benefit of all. And this book is for all. Though a children’s book, the lessons learned in VICTOR STOPS THE SCHOOL BULLY will benefit readers of all ages.

Delightfully written – readers will quickly fall in love with little Victor – and beautifully illustrated, the book concludes with 10 substantive tips to dealing with bullies, which Vitali has developed and refined over the past 30 years. The tips cover everything from how to befriend potential enemies, to developing proper body language and facial expressions, to standing your ground or perhaps walking away depending upon the circumstance. Again, lessons applicable for both children and adults.

A Columbia native and graduate of the University of South Carolina who currently resides in Atlanta, Vitali has appeared in numerous martial arts action movies like “Revenge of the Ninja” and Wheels on Meals,” fighting many of the martial arts greats like Jackie Chan. In addition to his being a world champion karate fighter, Vitali was the U.S. National Karate Champion for three consecutive years, a member of Black Belt magazine’s Black Belt Hall of Fame, once-named “Fighter of the Year,” and he was also named “one of the top 10 fighters of all time” by Black Belt, the leading martial arts publication in the world.

VICTOR STOPS THE SCHOOL BULLY is not Vitali’s first book. He’s written four instructional how-to martial arts books as well as a successful children’s video, “Self Defense for Kids” which also deals with bullying. He’s been featured in numerous magazines and newspapers, nationally and worldwide, and he has been a children’s-safety guest expert on the Oprah Winfrey Show.

Sam Oates, Vitali’s eight-year-old grandson, was key in helping write the book’s dialogue. “His unique personal perspective with anxieties and fears like millions of other kids his age entering a new school dealing with bullying issues was instrumental in influencing the writing of this book,” said Vitali.

VICTOR STOPS THE SCHOOL BULLY is truly one of the best juvenile-fiction reads on the topic of bullying, bullying dynamics, and how to finally put an end to one of the gravest, often-underreported threats to child safety and wellbeing.