Arrest Made in Armed Robbery 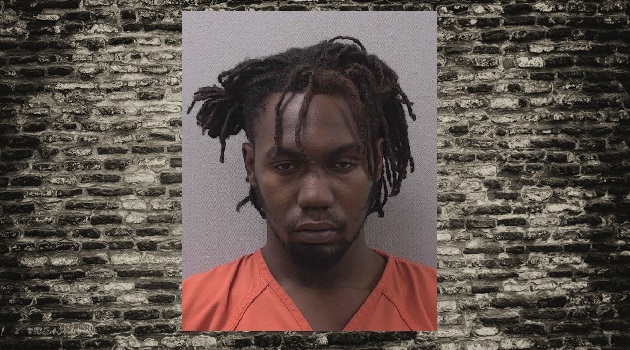 Chief Terrence Green would like to let the Town of Lexington community know that an arrest was made minutes after an armed robbery that happened overnight at the 7 Eleven located at 4301 Sunset Boulevard.
At approximately 4:00 a.m., officers were dispatched to the 7 Eleven for an armed robbery which had just occurred.  The victim, who was an employee, told officers that a Black male wearing a ski mask and acting as if he had a handgun under his clothing, demanded money.  The employee gave the armed robber almost $500 in cash and he ran from the business.
Officers set up a perimeter, utilized a Lexington Police Department K-9 team, and began searching the area for the armed robber.  An officer saw a man who matched the description of the subject, jumping a fence, and then approach a rideshare driver who had been sent to the area.  Officers began interviewing the subject while the K-9 team found clothing worn during the robbery that had been left in the wooded area where he was seen coming from.
This man was identified as Rodney Mckensey James Jr., age 20 of Wagner, South Carolina, and during an interview a detective, he admitted to the armed robbery where he gestured that he had a weapon but did not have a handgun.  He was found to have almost $500 in cash in his possession.
He was placed under arrest for armed robbery and transported to the Lexington County Detention Center to await a bond hearing