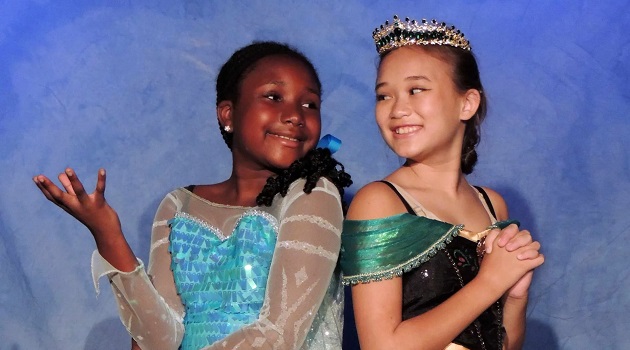 Based on the 2018 Broadway musical, Frozen Jr. brings Elsa, Anna, and the magical land of Arendelle to life, onstage. The show features all of the memorable songs from the animated film, with music and lyrics by Kristen Anderson-Lopez and Robert Lopez, plus five new songs written for the Broadway production.

A story of true love and acceptance between sisters, Frozen Jr. expands upon the emotional relationship and journey between Princesses Anna and Elsa. When faced with danger, the two discover their hidden potential and the powerful bond of sisterhood.

The show is directed by CCT Education Director, Paul Lindley.

“Frozen Jr. features all the songs that families loved from the film with some great new numbers from the Broadway production, so you get to enjoy your favorites while experiencing something new,” said Lindley.

“All the shows are great, but this one, in particular, has been a fun one to watch the team produce,” said CCT Artistic Director Jerry Stevenson, “A lot of the performers in Frozen Jr. have been working with CCT since they were very young, and it’s great to see all their hard work coming to fruition.”

Meadow Glen Middle School is at 440 Ginny Lane in Lexington.

General admission tickets are $10, and $8 for active military and seniors with proper ID. Advance tickets are strongly recommended and can be bought at columbiachildrenstheatre.com. For more information, contact CCT at 803-691-4548.