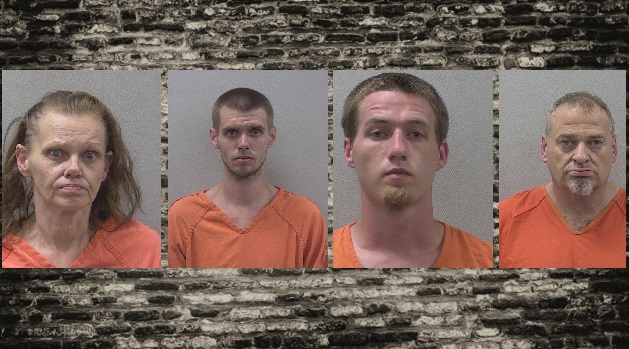 Lexington County narcotics agents have arrested a woman and a man accused of trying to get drugs and contraband to the woman’s son and another inmate inside the Lexington County Detention Center.

“Our crime reduction unit received a tip about Shanklin planning to get drugs and banned items into the jail,” Lexington County Sheriff Jay Koon. “We set up surveillance operations and eventually saw Shanklin and Warren leaving the contraband near a perimeter area of the jail where inmates have some access October 9.”

Deputies intercepted the package of meth, marijuana and pills before inmates retrieved it, according to Koon.

“Shanklin was arrested after we executed a search warrant at her house on October 13,” Koon said. “Warren was arrested October 19 on a parole violation and the contraband charges.”

Two inmates are also charged in connection to the case, according to Koon. Shanklin’s son, Joshua, is charged with furnishing or possessing contraband in jail, and criminal conspiracy. Donny Zimbro faces the same charges.

Warren, Joshua Shanklin and Zimbro are still being held in the Lexington County Detention Center. Cassandra Shanklin has been released after meeting conditions of her bond.