IRONMAN: A Missouri veteran reflects on a unique title and a distinct S.C. honor 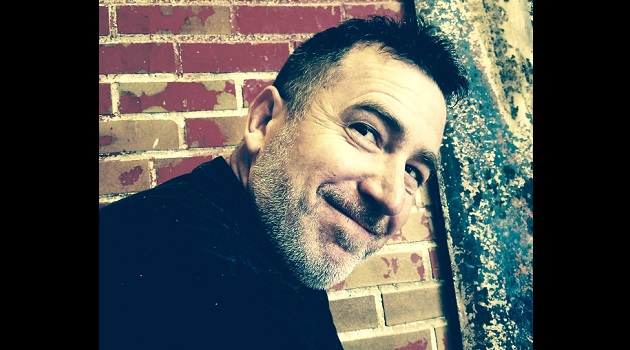 IRONMAN: The word or title itself evokes figurative images of tough men, the toughest of the tough. Not necessarily the best of the best or even the bravest of the brave, though most truly iron-tough men are both the best at something and brave beyond their peers: All of which brings me to a singularly special honor I received nearly two months ago, but which seems all the more appropriate to share this Veterans Month 2021.

In September, I was named IRONMAN by Global Eco Adventures (GEA) a South Carolina-based non-profit adventure-education organization that directs large environmental projects and outfits and leads exploratory expeditions to some of the most isolated regions around the world.

Not that I personally feel I measure up to any of the aforementioned attributes, but apparently I met GEA’s exacting criteria during the IRONMAN committee’s nomination and selection process last summer. And what man wouldn’t want to be honored in such a way?

IRONMAN is strange word when you consider it. Most people think of an ironman triathlon in which a participating athlete must successfully finish a 2.4-mile swim, a 112-mile bicycle ride, followed by a 26.22-mile run (a full marathon). A grueling series of events in a joint competition by anyone’s standards, and an achievement certainly warranting the toughest title.

Those of us who have served in the military have also heard the slightly adjusted legend-tag, “Iron Mike,” which symbolizes (often in monuments) the toughest, bravest, and most inspiring soldiers in the great American military saga. Marine Corps Base Quantico, VA, has a statue named “Iron Mike” depicting a World War I leatherneck standing stalwart and armed with his rifle. Parris Island, S.C., has an Iron Mike statue with a pistol and a machine-gun. And Fort Bragg, N.C., has its “Airborne Trooper,” also an Iron Mike statue. There are others.

IRONMAN is a comic book superhero created in the 1960s. The British metal band Black Sabbath released their song, “IRON MAN,” in the 1970s based on the 1968 science fiction novel of the same name.

Perhaps the best evocation of an IRONMAN is found in Proverbs 27: “Iron sharpens iron, So one man sharpens another.”

Indeed, and the company of IRONMEN in which I now find myself is one which inspires, has always inspired, and therefore sharpens.

GEA’s initial group of IRONMEN were those who, according to GEA founding president Dr. Tom Mullikin, “have not only served our country with distinction in peace and in war, but the high-intensity military culture from which each of them has emerged has enabled them to continue serving with the same intellectual acumen, physical prowess, and spiritual commitment we might aptly say describes an IRONMAN.”

Mullikin, a former U.S. Army officer and retired two-star commander of the S.C. State Guard who has for years led arduous expeditions to remote and often dangerous destinations around the world, was several years ago named IRONMAN through the Christian men’s organization, Ironman Outdoors.

A few, though not all, of GEA’s titled IRONMEN include Maj. Gen. James E. Livingston, U.S. Marine Corps (Ret.), recipient of the Medal of Honor; and Keith Vitali, world-renowned Karate fighter and S.C. Black Belt Hall of Fame inductee.

Thomas Mullikin Jr. (Dr. Mullikin’s son) who has himself led global expeditions often at the head of former U.S. military special operators is an IRONMAN.

Then there is U.S. Marine Col. (Ret.) Steve Vitali, a veteran combat commander of the wars in Iraq and Afghanistan who, like his brother Keith, is a member of the Black Belt Hall of Fame. Steve is an IRONMAN as are fellow Hall-of-Famers Bruce Brutschy and Mike Genova: IRONMEN all whose individual stories deserve more attention than I have time or space to give them here.

There are, of course, others as well as a sterling group of U.S. special operators who have been nominated, selected, and will soon receive the title.

Why me? I won’t get into that except to say I am grateful beyond words, and it seemed to me both timely and, again, appropriate to express that gratitude this November, Veterans Month 2021.