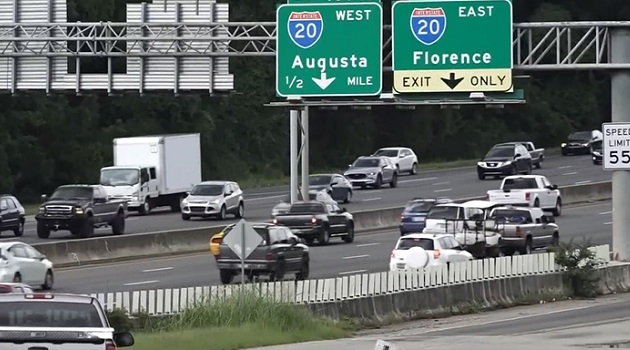 The congested roads and stalled traffic throughout Lexington County are in for a fix.

Lexington County Council gave final approval at the July 26 meeting to a penny sales tax proposal that would fund millions in road improvements throughout Lexington County.

It was a unanimous vote that clears the way to put the proposal on a ballot for voters to make the final decision in November. If approved, the sales tax would bring in more than $500 million over an eight-year period to fund around 400 different projects.

After the council vote, Council Chairman Scott Whetstone said the vote does not reflect an endorsement of the tax by council, but rather an endorsement of having voters decide on whether the tax should be implemented.

None of the council members voiced any objection to the plan.

Asked after the meeting what outcome he expected, Councilman Larry Brigham said he thinks voters will approve it.

Councilman Darrell Hudson said he originally opposed the plan, but later changed his mind after concluding there was no other way to pay for all of the needed improvements.

The approval comes after an earlier proposal was rejected because council members said it funded projects that were not related directly to road surface improvements.

The Lexington County Capital Project Sales Commission, which formulated the original plan, came up with a new plan that restricted projects to road improvements.
One of the projects impacting Irmo calls for improvements to Woodrow Street at Lake Murray Boulevard.

The projects that have top priority include: repaving roads throughout the county; redesigning the intersection of Fisher Hatchery Road and Pine Ridge Road to create new turn lanes; improving traffic flow and pedestrian safety on Meeting Street between 9th and State streets in West Columbia; improving turn lanes at the intersection of Hope Ferry Road and US.. Highway 378 in Lexington.

One of the largest projects included in the plan is the widening and repaving of Longs Pond Road in Lexington County, which will cost an estimated $64 million. Also listed as part of the project are upgrades on Pisgah Church Road, Charter Oak Road, St. Peters Road and bridges.

Taxes collected over an eight-year period designated for the plan are estimated to reach $563 million. But county officials say the final total is subject to change as the collections vary over time.

A similar proposal introduced in 2014 was rejected by voters.

In other action the council received an update on the Lexington County Blowfish baseball season. The council also heard a request from Robbie Dent, Foster Family Recruiter, on the need for foster parents in Lexington County.