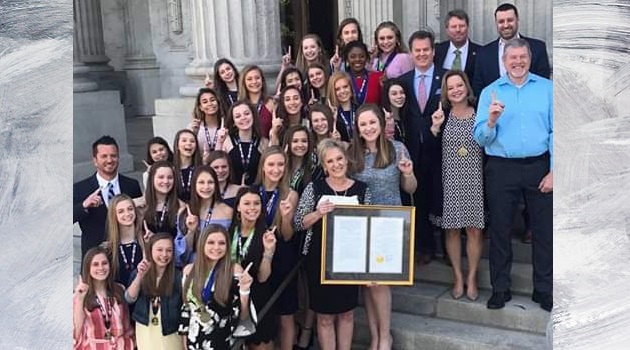 The Chapin High and Chapin Middle schools dance teams were recognized at the July 15 Lexington-Richland District 5 School Board for winning national titles in competition held March 3 at Disney World in Orlando, Fla.

The teams brought home national titles after competing against 94 teams from throughout the nation. The teams were also honored by the state with a resolution adopted by the state House of Representative

William Ellsworth, a parent of one of the performers, praised the team and coaches during the public comment period of the meeting. Ellsworth said the Chapin teams are very competitive and the coaches are top-notch.

But he expressed concern for the lack of support the teams are getting from some members of the community and complained that some have experienced harassment. He requested the board to investigate his concerns.

Board Chairman Robert Gantt said the board would respond to Ellsworth’s request. He said any investigation would first have to be handled by the school administration.

The board held a brief meeting that included an executive session dealing with employment issues.