By: John
In: George Bryan Golf 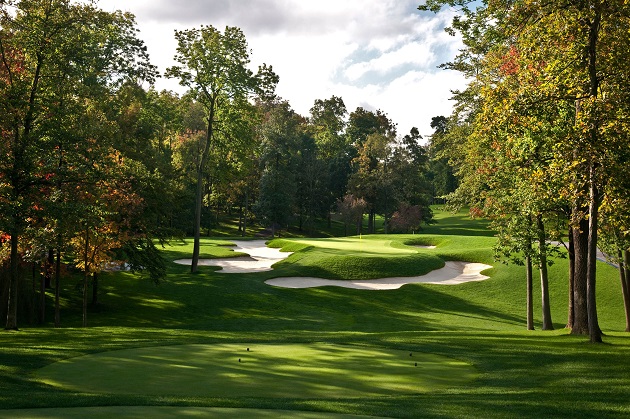 Last week I promised to share a short story about what I learned from 14-year-old Cass Dorrington. Cass, William Jenkins, sophomores at Chapin and I were on the 18th hole at Timberlake discussing ideas on how to hit golf shots when  I shared what I had learned many years ago from Jack Nicklaus then was reinforced by Nick Faldo.

We were standing on the top of the hill in the middle of the fairway overlooking the 18th green with the lake both in front and beside the green. The setting was picturesque but here was my problem. Based on my performance to this Point in our round there was no evidence I could hit the shot. This was not my best day of ball striking. Nick Faldo’s approach here’s what I referenced,” occasionally when things aren’t going well but someone else in the group is hitting the ball great, I will steal one of the shots they have hit and play it in my mind as if it were mine.”
Jenkins is a left-hander and he had hit a Drawing Fairway metal solidly earlier in the round.

The shot I was faced with required a slight fade because I am right handed; this was a good place to barrow Williams shot from earlier. Cass, who one day wants to be a filmmaker, chimed in so timely, with a wiry grin, and said, “Picasso says good artist borrow ides while great artists steal.”

It took me a me a minute to recover for between the comment and his facial expression, laughter consumed me.

Chris Locker recently won a playoff and qualified for the United States mid amateur golf championship in Colorado. It is his first USGA event, so stay tune for more as the September tournament gets closer. He shot two under par 68 at Camden country club then birdied the first playoff hole to earn his spot.
This week we will recognize local youth and high school players and next week we will offer details.

The Lady Eagles won their first tournament of the year the Lady Blue Jacket Invitational played at Diamondback Golf Club in Myrtle Beach. Emily Baker and Noelle Magann made the All Tournament team for Chapin

Timberlake Country Club hosted the first Columbia Fall US Kids Tour. Players came from all over South Carolina, North Carolina and Georgia to compete in this event in hope to earn a spot in 2020 US Kids Junior World Championship. Lilly Reed Black of Chapin finished first in the Girls 12-14, In the girls 10-11 Caroline Hawkins of Columbia placed first and Sadie Licta fourth. Kinley Brazell of Blythewood finished first in the girls 8-9, and Lucy Williams of Columbia third, SummerBelle Fair fourth.