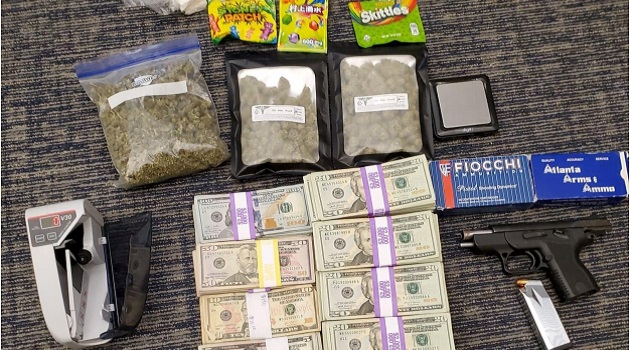 Irmo Police Chief Courtney Dennis on Wednesday announced that a subject who
was on home detention for trafficking methamphetamine from Spartanburg County was
arrested by the Irmo Police Department.

Joseph Sinclair Cromer, 29, of Irmo, was arrested at his home in Friarsgate for
Trafficking Cocaine, Possession with Intent to Distribute Marijuana, Possession of a
Firearm by a convicted felon, Possession of a Weapon during a violent crime, and
Unlawful Conduct Toward a Child, Dennis said. Cromer was taken into custody at his
residence by Irmo Police, SLED agents and Spartanburg County deputies. Cromer is
booked in Richland County at the Alvin S. Glenn Detention Center, where a bond hearing
will be scheduled.

During the execution of a search warrant, investigators located drugs, a gun and
over $42,000 in cash. Also, inside the home during this incident were 5 children ranging
from ages 6-years old to 14-years old.

Cromer’s arrest resulted from the cooperative efforts of the Irmo Police
Department, State Law Enforcement Division, and Spartanburg County Sheriff’s Office,
Dennis said. “This is an excellent example of how well law enforcement agencies can
work together on a statewide basis to catch criminals,” Dennis said.