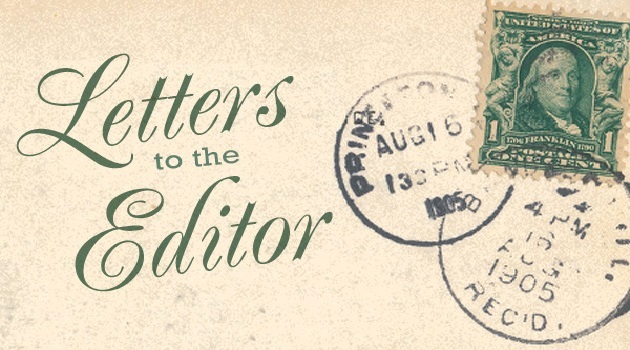 I am a father of three Lexington-Richland District 5 graduates. I am also the spouse of a dedicated D5 teacher with over 25 years of experience. Lexington-Richland District 5 is wonderful school district. Despite the challenges of 2020, Dr. Melton seems to be an effective leader with a strong vision. We should be proud of all our schools, students, teachers and staff. The same cannot be said of the longtime members of the current school board.

A recent facility study showed that our most diverse schools also require the most money in terms of facility needs. Instead, longtime members of the District 5 school board approved new schools and expansion projects in the rural areas of the district. They did so without proper due diligence and against the wishes of many in the community. They did so before seriously studying redistricting. It’s obvious that certain parts of the district have been a priority for certain board members. This is evident in where schools are built and which projects have received funding.

According to the same study, the schools with the most substantial needs are also our most diverse schools. This includes many of D5’s Title 1 schools. For 20 years, the District 5 school board has been doing the bidding of the developers and construction companies instead of looking at more efficient ways to address capacity and capital needs. For 20 years, some on the school board put business interests over the needs of our children. We have ignored the needs of our most essential schools. Irmo High School was once and always should be the flagship of D5. The students, parents and teachers deserve better than to be treated as an afterthought.

I believe some on the D5 board chose to build schools in the more rural areas of the District to help their developer friends. Instead of studying the capacity concerns properly and exploring the adjustment of attendance lines and reasonable capital projects in the early 2000s, the D5 board went on a massive 20-year spending spree on capital projects. Instead of some simple minor redistricting at the time, the D5 board passed the buck. Instead of building to accommodate growth, the board approved projects to attract growth, often in the middle of nowhere but right next to land owned by housing developers.

These new schools foster infrastructure requirements that developers don’t have to pay for. The land surrounding these schools increases in value and the developer builds and sell lots of homes. These homes generate tax revenue for the school district and county. Rinse and repeat. As I said, new schools are being built to attract and accelerate growth in certain areas. New schools should be built to accommodate growth. There is a difference. The District 5 board should be focused on developing young men and women… not suburban neighborhoods.

While this has been happening, schools in the Dutch Fork and Irmo clusters needing facility upgrades have been pushed to the back of the line. A review of the demographic breakdown of schools needing substantial funding probably won’t surprise readers. We’ve spent 100s of millions of dollars on capital projects in certain areas, while test scores and college readiness has declined in some of the areas with the most need.
Instead of redistricting years ago, the D5 board also approved magnet schools and offered school choice. I believe in school choice. Unfortunately, because of the failure to redistrict thoughtfully, these policies have had negative consequences beyond just the D5 footprint.

These policies have accelerated a growing lack of diversity within the school district and the area in general. We live in a diverse world with differing opinions and perspectives. It’s important our children are exposed to folks from different races, religions and backgrounds. Dutch Fork High School should be recognized as an example of diversity, inclusion and success. Unfortunately, the same cannot be said for the diversity in our other high schools. The D5 board had an opportunity to replicate the success at Dutch Fork for ALL our high schools through thoughtful, focused redistricting.

Not only have some on the D5 board been negligent in promoting diversity within the classroom, the record is even worse for those that build and maintain those classrooms. To my knowledge, the D5 board has not awarded a single contract to a minority-owned vendor during the last 20 years. All of this happened under the watch of Mr. Robert Gantt. Although he is no longer the Chairman, he has controlled this board for years. You will find that Mr. Gantt and other members have accepted thousands of dollars in contributions from developers, consultants and their friends in the construction industry. You will also find the same folks tend to win contracts with D5.

After years of research, I am convinced that Robert Gantt, Ed White, Michael Cates and Beth Hutchison do not serve the best interest of taxpayers, teachers, or students. These are some of the same folks that voted to raise their own salaries from $3,750 to $9,600 in 2013. At the time, Mr. White suggested these salary increases would attract citizens to serve on the board. He was right about one thing. We need citizens on this board, not politicians with personal agendas.

It is time for fresh, young energy on the D5 school board. It’s time to focus on the needs of the entire district. It’s time for transparency and accountability. It’s also time for mandatory board term limits so this situation never occurs again. 2020 is here. Vote them out.

Lexington-Richland 5 spent $1.2M on a school it promised voters but never built https://www.thestate.com/news/local/education/article225983745.html