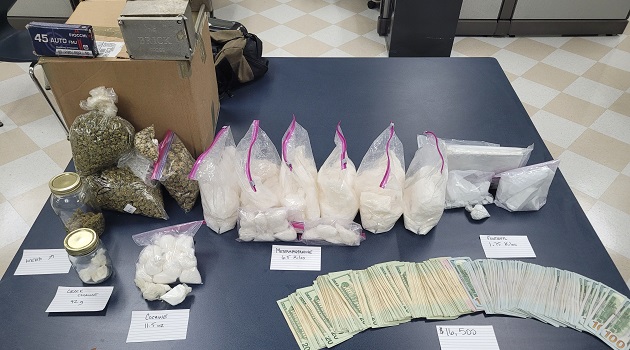 “Agents arranged multiple controlled purchases of meth from Mayes,” Lexington County Sheriff Jay Koon said. “Those buys led to multiple search warrants at different locations as part of our work on the case.”

Community tips led agents to Mayes, according to Koon.

“Agents seized a large quantity of drugs and more than $16,000 in cash from locations associated with Mayes,” Koon said. “They also seized two vehicles that were connected to his drug enterprise.

“We’re glad to get these drugs off the street, which will likely save lives and limit Mayes’ ability to profit off the lives of people in our community.”