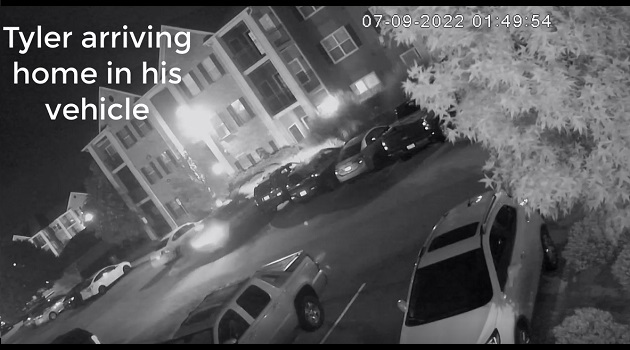 Chief Terrence Green is providing additional information on an ongoing homicide investigation from July 9, 2022, at the Lauren Ridge Apartments off Augusta Road in the Town of Lexington.

At approximately 2:00 a.m., officers responded to a shooting call at the complex and found a man in the outside stairway of Building 4 who had been shot several times. Officers provided aid until Lexington County EMS arrived and transported the victim to the hospital, where he was later pronounced deceased.

The homicide victim was identified as Tyler Robinson, age 29, who had lived at the apartment complex for several months. He was also known as “T-Rob” and “T-Rob Smooth”. He was a music promoter in the greater Columbia area, active in the local music scene, and co-founder and producer at Long Money Camp.

Detectives found evidence that several unknown subjects shot Tyler Robinson multiple times moments after he arrived at the apartment complex. It is believed that this was a planned event and that he was followed from a club in downtown Columbia.

After he was shot, Tyler Robinson was robbed of jewelry and a watch. The subjects burglarized his apartment before fleeing from the scene.

Detectives are searching for several pieces of custom jewelry and a watch that Tyler Robinson was believed to be wearing when he was killed which include a gold necklace and pendant with jewels with “Smooth” and “LMC”, two jeweled gold rings, one with “$” and the other with “LMC”, and a jeweled gold watch.

This investigation is ongoing and anyone with information about this homicide, the subjects involved, or the whereabouts of the missing jewelry and watch are asked to contact Detective Heath at 803-951-4642 or [email protected]

Those with information can also contact Midlands Crimestoppers in the following ways:

WEB TIP – Go to www.midlandscrimestoppers.com and click “Submit a Tip.”