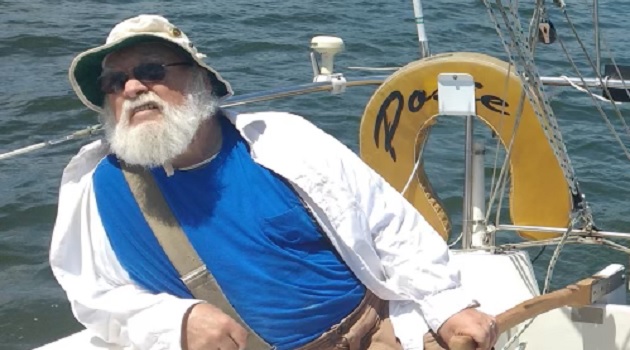 A forever friend and decades-long contributor to our newspaper, Jib, passed away on Wednesday, January 4th.

As a Project Director at the SC State Museum, he was a champion for accessibility and created the Total Spectrum Access System that enabled any person – regardless of ability – to have a high-quality experience in a museum setting. During the 1980’s he worked for his local community as a volunteer firefighter and EMT and helped others further their knowledge as a training officer for both programs.

Jib was an avid sailor and loved all things nautical, especially wooden boats. A longtime member of the sailing community, his passion for the water was shared via his weekly column, The Inland Sea, in the Lake Murray News. He raced sailboats, sports cars, motocross and BMX – where he was ranked in the top 10 in the nation for two years in a row. His love of sports – and enabling others to do it – was further demonstrated by his tenure as a track director for the Harbison BMX track. In 1989 he received the Lake Murray Yacht Racing Association’s Sportsman of the Year award in recognition of his efforts to help everyone enjoy their day on the water.

In addition to helping the community, he was passionate about electric cars and shared his knowledge and thoughts on the subject by writing a weekly column published in the Lake Murray News.

Ed was an amazingly brilliant, enthusiastic and involved person at work or play – and inspired people to learn, grow and enjoy what they were doing. He was always ready to lend a helping hand and share his expertise with anyone.

As a loving, caring and patient father, he enjoyed passing on his knowledge to his sons and grandchildren through projects that kept them occupied and engaged while having fun. His wisdom enabled him to purvey the importance of finding joy in life, helping others and living by the Golden Rule.

He is survived by his loving wife of 55 years of marriage, Karen Kuhlmann Colie; his sons, Dayton and wife Amanda and grandchildren Maggie and Kennedy of Charleston, SC; Edward IV (Ward), and fiancé Amanda Minnet of Chapin, SC: and brother Matthew Colie of Michigan. He is predeceased by his father Edward M. Colie II of Mystic Seaport, Connecticut; his mother Frances Euler Colie and sister Laura Colie Kuhlmann of Spreckels, California.

We were lucky to have him and he will be missed and fondly reminisced.

May you always have ‘Fair winds and following sea.”