Shining a light on the truth 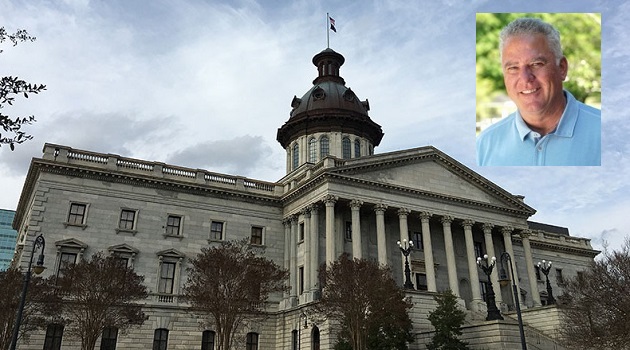 On December 8, I proudly took the oath of office on the floor of the House of Representatives. When I campaigned to represent District 85, I had no idea an additional oath was required in order to serve.

I really don’t know how old the Republican Caucus is, but they have never had a loyalty oath in their past . . . but somehow they feel the need to have one now. I truly believe that is specifically because of the influx of conservative legislators, and they are terrified of getting primaried out as we expose the fact South Carolina is the most liberal “Red” state in the union. (American Conservative Union)

We in the Freedom Caucus have been silent as negotiations progressed (and regressed) with the Republican Caucus for the past month. It has been stressful not communicating to the press and my constituents, as we thought they would find favor in our good faith negotiations. Now that House Majority Leader Davey Hiott stated we are “no longer in the caucus,” we will tell our side of the story.

I think those who will be most shocked at our side of the story will be other current members of the Republican caucus who have not been told the truth about how we have negotiated in good faith. We have all kept our mouths shut with the hopes of resolving this in person and not in front of eager reporters begging for the scoop.

We have never disagreed that organizations need rules. We were told we could not campaign against a sitting member of the caucus, regardless of their voting record. The “R” beside their names is apparently a lifelong pass to legislate however they wished. Against our requests, they would not define “campaigning against” and even told us taking pictures of the public vote board is frowned upon.

Eventually we agreed to not “campaign for profit” (one of our members is a campaign consultant). We also simply wanted different verbiage on the signature line to state we received the rules (in receipt of) instead of the politically charged language demanding we “comply” and will “abide.”

For what it is worth, I will never sign an oath to restrict my first amendment rights.

An added bonus for “We the People“ is the Republican Caucus will now sit alone in their echo chamber as they strategize without many conservative voices in the room. My promise is that myself and the members of Freedom Caucus now will fight our battles vigorously on the house floor, in the public eye.

Besides, I prefer a Caucus that will hold Republicans to the conservative voting record we promised our constituents on the campaign trail.