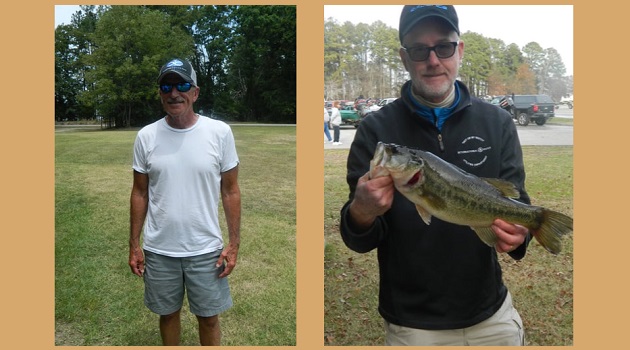 The Lake Murray Seniors Bass Club held its July tournament out of Dreher Island State Park July 18. Unfortunately for me, having been in this club almost 20 years, I made a mistake for the first time. I set my alarm for PM instead of AM. Therefore, I missed the tournament, but I did go to the weigh-in.

As was the case last month, we only had 12 boats participating. Some guys, especially the ones who can no longer stand the heat, choose not to fish in the summer. And then there are those who go on vacation this time of year. And then there are those of us who don’t know how to set their alarms. At any rate, 6 teams caught their limit, with only one boat coming in empty. One problem with fishing in the heat is the number of fish brought to the scales dead. We had five dead fish this time out of a total of 41 fish being caught.

The top six who earned a pay-check are as follows: Coming in first place was the team of Skip Parker and Quentin Hopkins with a total of 18.15 lbs. (after deducting .25 lbs. for a dead fish). This is Skip’s second win in a row. Coming in second close behind was the team of Ed Kelly and Clint Debrand with 17.32 lbs. They also weighed in the big fish for the day at 5.53 lbs. Third place was taken by Tim Whitman and newcomer, Tom Ogle who had 17.06 lbs after deducting .25 lbs for a dead fish. In fourth place was Tom Weigand and Bob Kramer who with a dead fish had a net total of 16.50 lbs. Fifth place was taken by the team of Gary Williams and Joe Dowdell. After deducting for two dead fish, they weighed in a total of 14.60 lbs. In sixth place was Carl Horn and Jock Prestigiacomo who weighed in a total of 11.17 lbs. The people who came to the scales were wet from perspiration after a grueling day on the water.

Our next tournament will be August 15. I suspect the weather will be just as hot. As I said last month, anyone interested in more information about the club can go to our website at www.lakemurrayseniorsbassclub.com. If you’re interested in joining the club, call Carl Horn at 803-364-9200. The only requirement is a minimum age of 55.