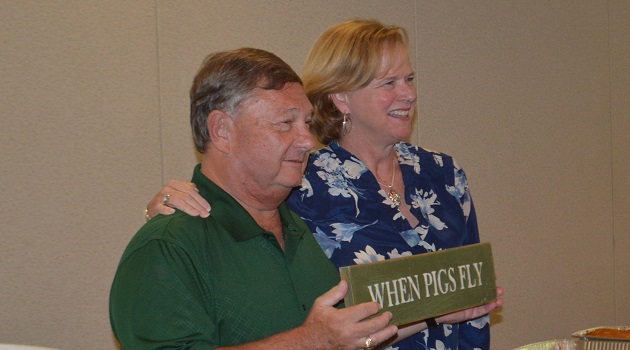 Jim Wellman, Finance Director for the Irmo Chapin Recreation Commission, retired at the end of September after serving 14 years in that capacity. A reception in his honor was held on September 27 at Saluda Shoals Park River Center and was attended by friends, family, co-workers and Cocky from USC.

The Irmo Chapin Recreation District (ICRC) was formed in 1969 to serve community members living in the Lexington County portion of School District Five. ICRC has earned a reputation for program and facility excellence and has attracted participants from surrounding counties.
Jessica Johnson will serve as the new Finance Director for the parks commission.