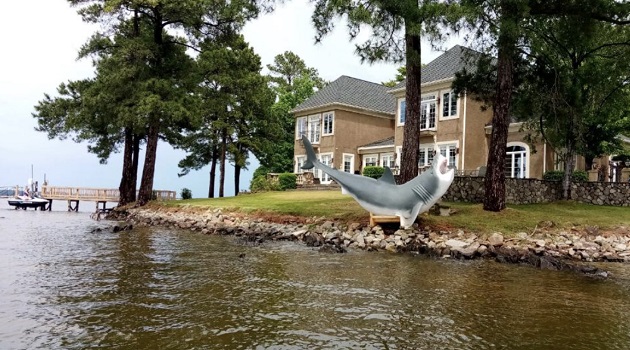 A great white shark was sighted lurking around the waters near Shell Island. Six-year-old Mayson Andrews first spotted the shark as it leapt from the waters shaking its tail as if to say ‘hello’. The Metzler family witnessed the event that happened on May 17th and have affectionately named the animal Bruce.

It’s believed that it migrated from West Palm Beach, Florida because it heard there were some sweet people around Lake Murray. Hopefully, Bruce thinks they are nice people and not something for his sweet tooth.